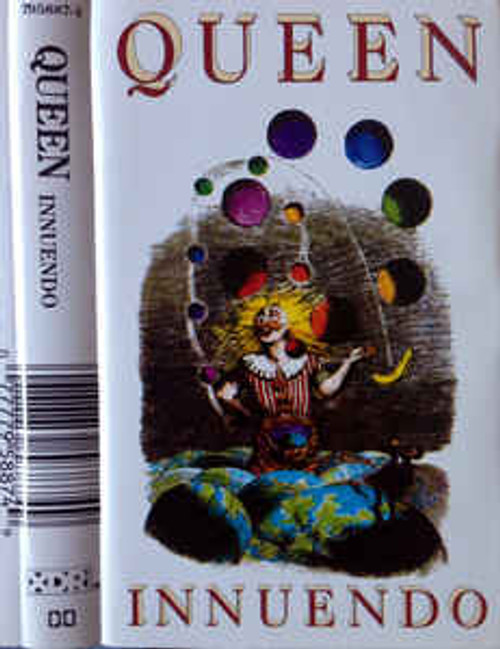 Tracklist
A1 Innuendo
Guitar [Additional Wandering Minstrel Spanish] – Steve Howe
A2 I'm Going Slightly Mad
A3 Headlong
A4 I Can't Live With You
A5 Don't Try So Hard
A6 Ride The Wild Wind
B1 All God's People
Written By – Queen
Written-By, Keyboards – Mike Moran
B2 These Are The Days Of Our Lives
B3 Delilah
B4 The Hitman
B5 Bijou
B6 The Show Must Go On

This item is preloved. Used CASSETTE recordings are guaranteed to be playable but it must be accepted that the condition may vary, and this is taken into consideration when we price items. This is secondhand item cover may differ from that shown above.