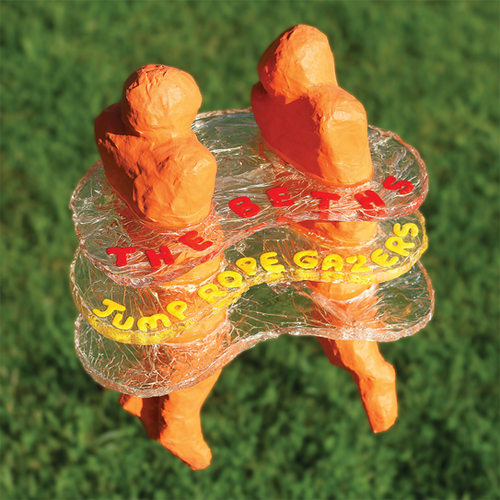 The Beths new album Jump Rope Gazers, out via Carpark Records, is the follow-up to their critically acclaimed debut album Future Me Hates Me – “one of the most impressive indie-rock debuts of the year” (Pitchfork). The Beths won Best Group and Best Alternative Artist at the 2019 Vodafone New Zealand Music Awards following the success of the album.

After touring non-stop for a year and a half, playing to crowds of devoted fans and opening for acts like Death Cab for Cutie and Pixies, The Beths regrouped to write and record their second album, Jump Rope Gazers, a sparkling collection of songs that deepens and expands the bright talent they showed on their early releases. Bonds between the band members grew after spending so much time on the road together, and their camaraderie shows on their new work.

Jump Rope Gazers tackles themes of anxiety and self-doubt with effervescent power pop choruses and rousing backup vocals, zeroing in on the communality and catharsis that can come from sharing stressful situations with some of your best friends.

Songwriter and lead vocalist Elizabeth Stokes’ writing grapples with the uneasy proposition of leaving everything and everyone you know behind on another continent, chasing your dreams while struggling to stay close with loved ones back home. “If you're at a certain age, all your friends scatter to the four winds,” Stokes says. “We did the same thing. When you're home, you miss everybody, and when you're away, you miss everybody. We were just missing people all the time.“

The Beths encouraged each other to communicate whenever things got hard, and to pay forward acts of kindness whenever they could. That care and attention shines through on Jump Rope Gazers, where the quartet sounds more locked in than ever. Their most emotive and heartfelt work to date, Jump Rope Gazers stares down all the hard parts of living in communion with other people, even at a distance, while celebrating the ferocious joy that makes it all worth it – a sentiment we need now more than ever.

“[The Beths are] brilliant at bright guitar frenzy, instantly memorable melodies and tune-mad group sing-alongs with the joy of Sixties bubblegum rock; there’s a love of pop formula here... but they never lose the sense of discovery at heart of rock and roll.”

RELEASE DATE 10th July 2020 (subject to change) Note: This is a PRE-ORDER item. Orders are scheduled to ship on the week of release but are not guaranteed to arrive on the release date. Any additional item(s) that is ordered a pre-order item will be held and shipped in one package.
×