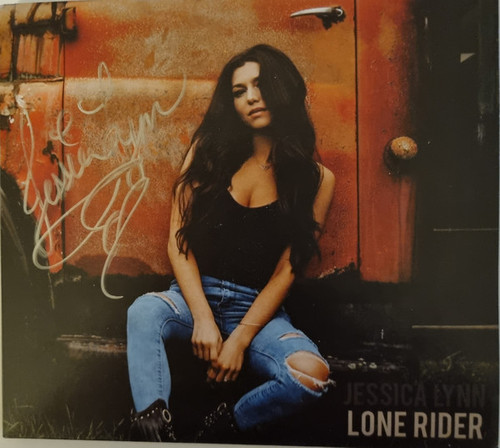 Jessica Lynn is being hailed by press around the world as a rocket force and country music’s next big star. A unique face and voice in modern music, she has been seen by millions on the road and in her three full-length nationwide concert television specials. Jessica’s powerful voice and fierce stage presence showcase the multi-faceted singer/songwriter’s instrumental talents playing piano, guitar, harmonica, and the drums.

In four years of relentless international touring, Jessica has shared stages with some of the most recognizable names in country and rock music such as Brad Paisley, Keith Urban, Richard Marx, Montgomery Gentry, Lonestar, The Allman Betts Band, Phil Vassar, Jo Dee Messina, ZZ Top, and the “Queen of Country” herself, Loretta Lynn. With one of the most exciting live shows in the business, Jessica has often drawn comparisons to country music superstar Shania Twain. Sustaining a country music tradition, Jessica is joined on stage by her family, with her dad on bass, mom on background vocals, and husband on lead guitar. Her high-energy and dynamic performances have garnered rave reviews from critics worldwide.

Penning songs with many of Nashville’s top hit writers, her last two singles “Crazy Idea,” and “Let’s Don’t” climbed the charts. "Crazy Idea" broke the Top 50, and “Let’s Don’t” peaked in the Top 40 on American Country Radio in 2018. She is currently in the studio recording a collection of brand-new songs which will be released throughout the next year off her debut album “Lone Rider.” The new music, tinged with hints of the blues, soulful rhythms and her deepest lyrics to date will be ushered in with the lead-off single, “Run To,” which was released on April 24, 2020.

The singles she has released off her upcoming album thus far have been met with incredible reviews and features from many of today's top music and entertainment publications worldwide such as American Songwriter Magazine, CMT, Billboard, All Access, Music Choice, Fox News Nashville Rock & Review, Taste of Country, Maverick Magazine, The Morning Hangover, and Music News. This year, Jessica was also featured on the covers of both Guitar Girl Magazine and Maverick Magazine.