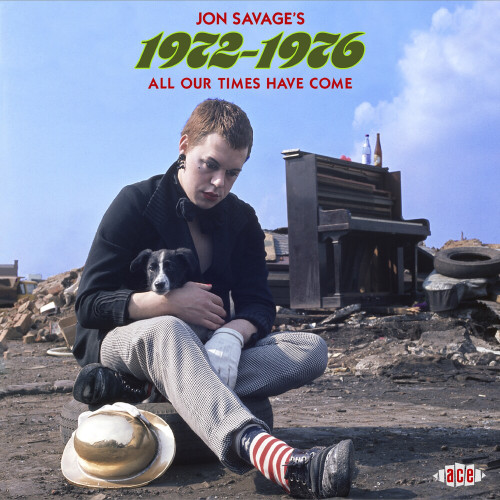 Continuing Jon Savage's critically-acclaimed series of compilations for Ace, which began in 1966 to soundtrack his Faber book of the same name/year, Jon's musical journey is now firmly entrenched in the 1970s and all the rock variants you can shake a stick at. This double CD covers five full years of rocking out, watching our beloved, familiar rock'n'roll morph it's way into power pop, glam rock, pub rock, krautrock and punk rock. Even the hippies were finding their teeth and plugging in their guitars. Many of the chart acts had, in one form or another, been around since the mid-60s and they adapted their core aesthetic for the new era, and with this volume, we find the young punk-to-be Jon settling into his tribe and his stride. In his ongoing quest to define the era these compilations cover, Jon does not follow the accredited pre-punk timelines but aims to reflect the fertility of the years between 1972 and 1976. It moves from Californian decadence (Little Feat, the re-formed Byrds) through quirky Brit rock (the Move, John Cale), through the Flamin' Groovies, Iggy & the Stooges, into one major trend of the times, power pop - aka what would the Beatles sound like if they were still going? And speaking of whom, in a very rare coup, Apple have allowed John Lennon and Yoko Ono to feature on a compilation and are nestled here with pride. We pass through one-offs like Andy Pratt's astonishing, pro-feminist 'Avenging Annie' into glam's long tail (Roxy Music, Sparks, Eno and Suzi Quatro) and then street rock outliers like the Hammersmith Gorillas and the role our very own Rock On played in the story. 1975 is when reality hits, with the stripped viciousness of Dr Feelgood and Murray Head's regretful address to a derelict and destroyed country. The Count Bishops and the Hot Rods speed up pub rock, while the Ramones crash in to take the prize. Nick Lowe reminds us that there was life before punk and Pere Ubu point to post-punk before it's hardly started. As always, to be continued