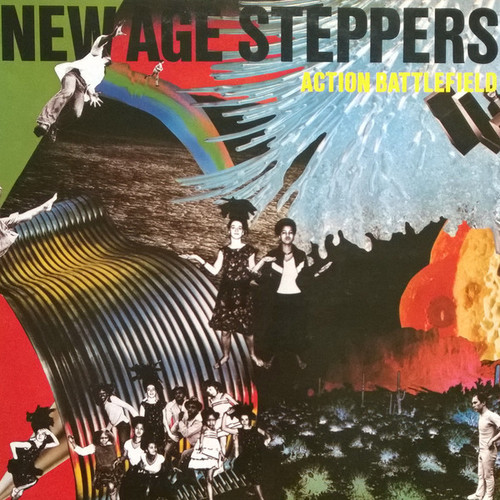 Shedding a few of the more experimental flourishes of their debut, Action Battlefield still contains multitudes of post-punk approaches nestled in among tighter structures, making it a release that is surprisingly accessible for its wayward strangeness.

While the mix remains as spacious as all great dub works, the crackling echo of drums leads into some of the group’s brightest tunes.

Action Battlefield finds New Age Steppers open up to the potentialities of pop.