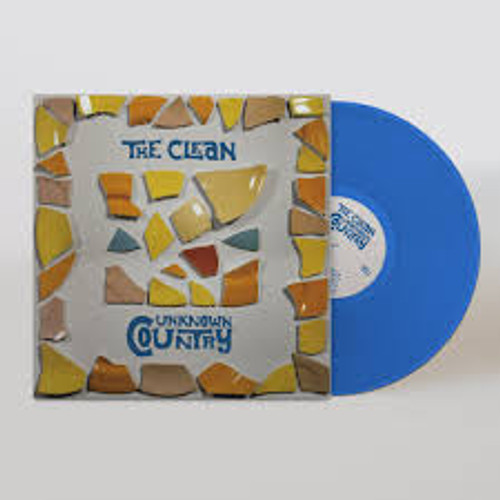 Originally released in 1996, The Clean's - Unknown Country is being reissued again on vinyl, including an exclusive NZ only Opaque Blue vinyl version.

David Kilgour on Unknown Country:
The Clean always wanna try something different, but on this LP, we were obsessed with the idea. Tracks like “Wipe Me, I’m Lucky” and “Franz Kafka at the Zoo” are fine examples of the approach, I reckon. Quite a long way from “Tally Ho!” and “Beatnik”!

I remember we generally left vocal ideas to last, after the tracks were recorded, so we never really knew where we were headed. Might also explain all the instrumentals!

Made during the Balkan War, hence the reference. And for the freaks, I think “Balkans” is the only Clean track ever to not actually feature The Clean playing. It’s all Alan Starrett, as we removed the backing track.

Robert Scott on Unknown Country:
This album is very different from our other albums. We didn’t go into the studio with many “song” ideas—a lot of it was written on the spot. I really enjoyed recording this as it was free of expectation. We weren’t playing much live at the time. It does contain some of my favourite Clean songs such as “Twist Top,” “Wipe Me, I’m Lucky,” and “Valley Cab.” Certainly our most experimental album.