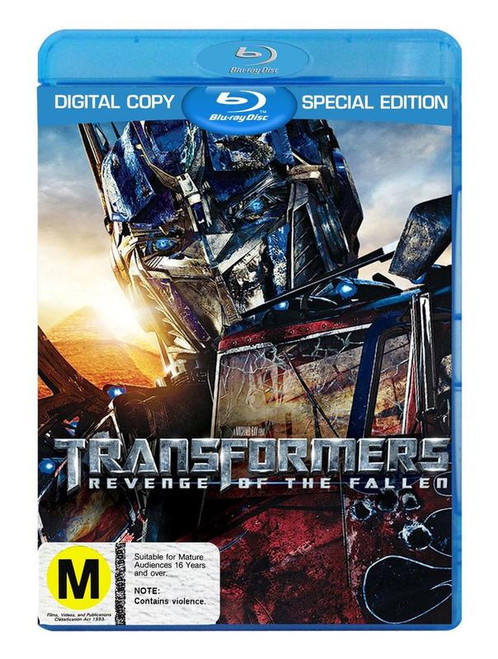 Two years have passed since Sam Witwicky, Optimus Prime (voiced by Transformers: The Series' Peter Cullen) and the Autobots saved the planet from Megatron (voiced by The Matrix Trilogy's Hugo Weaving) and the Decepticons. Despite Sam's extreme heroics, the battle of Mission City has become an urban legend believed only by conspiracy theorists.

Now he's preparing for the biggest challenge in his life: Leaving home for college. What will happen to his girlfriend, Mikaela and his robot protector, Bumblebee? Meanwhile, the Autobots work with the US military, Major Lennox and USAF Master Sergeant Epps to track down the remaining Decepticon forces on Earth, although National Security Advisor Theodore Galloway (John Benjamin Hickey) has other ideas when it comes to the safety of the human race.

When Sam's college experience sours amidst nerdy roommates (Ramon Rodriguez), sexy stalkers (Isabel Lucas) and strange, unexplainable visions, he seeks to understand what the Decepticons know only too well. A normal life will have to wait, because an ancient enemy is on its way to destroy Earth! Can Sam, Optimus and co. save the day in the ultimate battle of good vs. evil?

Disc 2:
The Human Factor: Exacting Revenge of the Fallen: This exciting documentary takes you to the shoot of the great Pyramids for a before-the-scenes look. Discover the secrets of the film's visual special effects with its unprecedented military access.
Deconstructing Visual Bayhem: Multi-angle sequences allow you to explore key scenes and discover how some of the movie's most spectacluar stunts are created,
NEST: Transformer Hub (SD): Get to know 12 of the film's Transformers inside and out. You have access to their confidental files, each loaded with an innovative 3D spin gallery, as well as a timeline charting each Transformer's o­rigin, back-story and evolution.
And much more! Blu-ray Exclusive – The AllSpark Experiment: Unleash the power of the recently discovered AllSpark shard. Begin by choosing a vehicle and customizing it with a selection of parts and accessories. Then apply the AllSpark to your creation. You might unlock a secret about the future of Transformers.