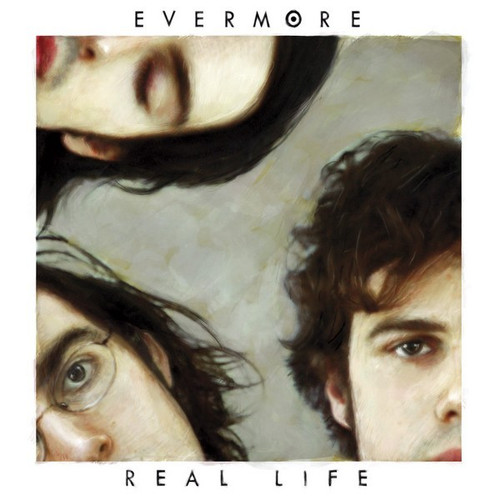 The three Hume brothers of Evermore have come a long way since the release of their debut album Dreams - with over 300 live shows, an MTV Video Music Award, a NZ Music Award, an APRA Silver Scroll, five ARIA nominations and a platinum record on the wall of their home studio. It’s a far cry from their humble and rain-drenched beginnings in rural New Zealand, and it all culminates in their new album, Real Life.

The writing and initial recording of Real Life took place in the isolation of their Central Coast abode, an isolation the boys were not only used to, but actively encouraged. Separating into different rooms, they each had their own private recording studio in miniature, working on tracks solo before bringing them together for the Evermore polish. Respected engineer John Alagia (who mixed Dreams, and has worked with acts like John Mayer, Dave Matthews Band and Ben Folds) was chosen for the job for his twiddling tenacity and his striking good looks.
But perhaps the main difference between the two albums is in the songs themselves. From the epic energy of ‘Running’, the band’s first single off the album, to the melodic harmonies of ‘Never Let You Go’; from the dynamic rock of ‘Unbreakable’ to the uplifting lyrics of ‘Light Surrounding You’, this second album has seen the band’s songwriting grow and diversify.

A new journey has just begun for this talented trio, whose sounds and lyrics have taught us how to dream… Welcome to Real Life.

DISC 1:
Real Life
Running
Light Surrounding You
Unbreakable
Morning Star
Never Let You Go
My Guiding Light
Afloat
The Great Unknown
The Only One I See
Inside Of Me
Goodnight Is Not The End