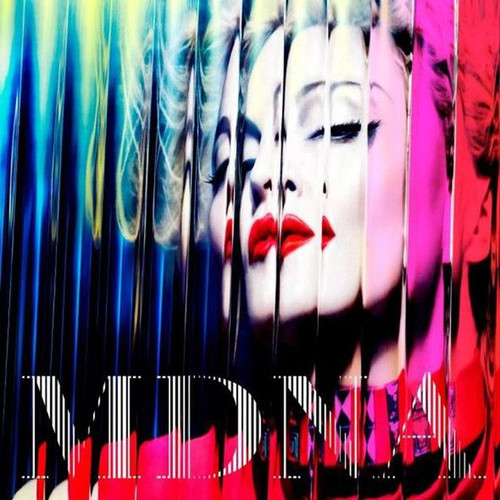 MDNA (a pseudo-blend abbreviation of “Madonna”) is the upcoming twelfth studio album by American singer Madonna, set to be released on March 26, 2012. When released, it will be her debut release from her 360 deal with Live Nation Entertainment in partnership with Interscope Records of Universal Music Group. It will also be Madonna's first album not to be associated with Warner Bros. Records, the label she was signed to since 1982. The first single from the album, “Give Me All Your Luvin'” (featuring Nicki Minaj and M.I.A.) was released on February 3, 2012.